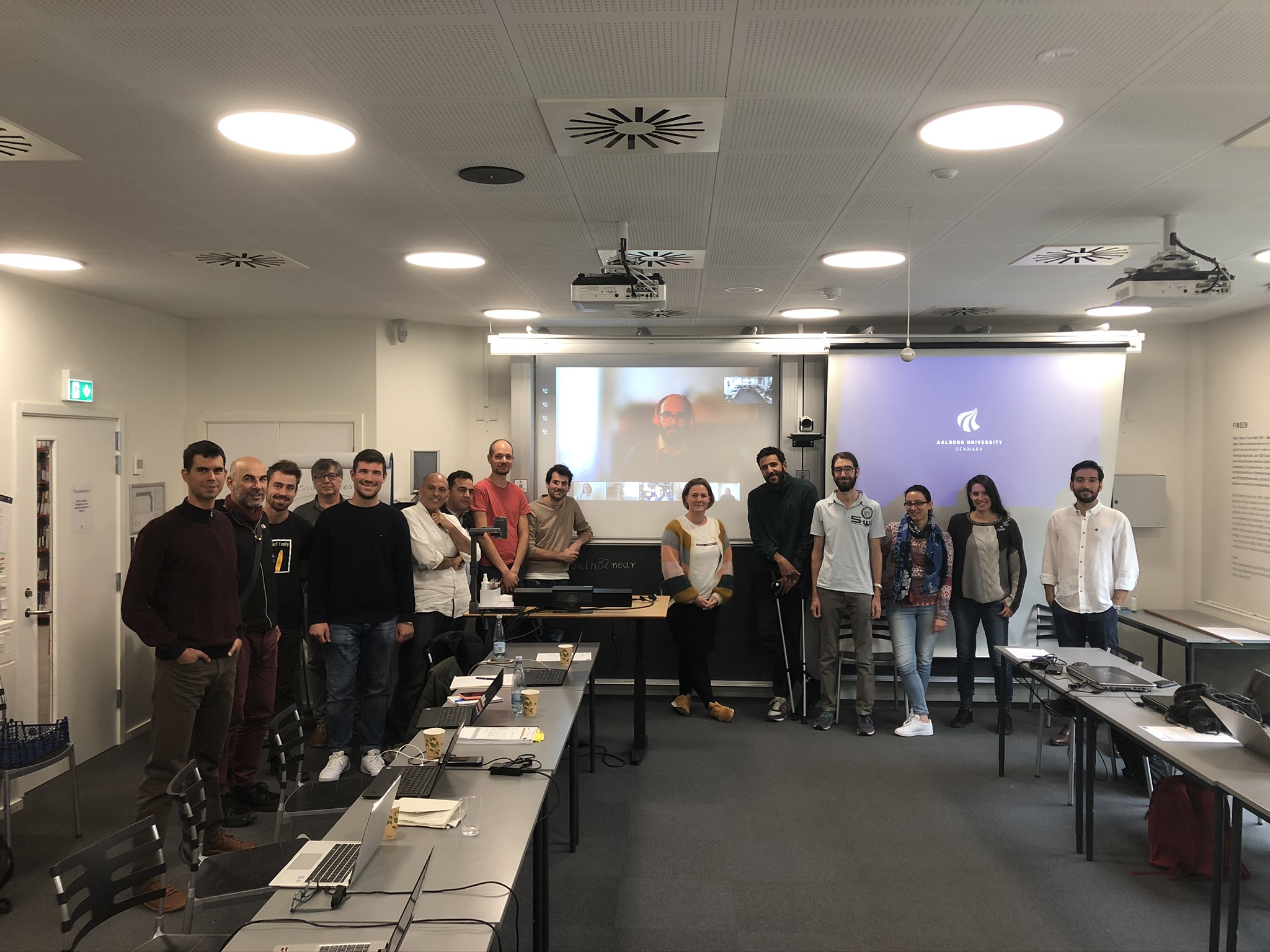 On September 23rd and 24th 2021, the partners’ consortium of E-DYCE had a plenary and its third (3rd)  Steering Committee Meeting.

The sessions went hybrid, both by physical presence of representatives as well as online for those partners having their travel to Aalborg, Denmark impeded, because of COVID-19 restrictions. The meetings were hosted by project coordinator Aalborg University and led by Assistant Professor Michal Zbigniew Pomianowski.

Most of the partners arrived during the previous day, so a warm welcome was organized by the host, where partners met face to face after a year of just online and written communication. The fruitful exchange of views and opinions and about the progress in project affaires started early, in a very friendly atmosphere. Next day was the official opening of the Meetings distributed in two days’ consecutive sessions, where the work package leaders would provide plentiful summaries on the work done during the second semester of the project.

The meetings were initiated by a general overview and setting the scene by the coordinator and the technical manager of the project. Then the discussion of WP2 “Data modelling and project design” was held mainly on how to consolidate research done and additional inputs as smart metering, in the Information Model developed and about its evolvement.

After a short break, the WP3 “Simulation and Optimization Enablers” came into the scene to discuss on the methods used and the modelling and integration of the various modes needed to be adapted in the calculations. A workshop followed for partners to debate on their research and achievements. A lunch followed for some rest and more discussions.

The afternoon’s session was devoted first to WP5 “DEPC Demonstrations” to inform partners on progress made with the installation of sensors, collection of data and the general monitoring of the various sites and buildings used in project research. Then WP4 “Extended functionalities and DEPC validation” was brought forward to discuss on technical issues regarding verification of models and simulations used. After its closing a second workshop was held on issues encountered with data monitoring, methodologies used and solutions envisaged; it was agreed that the discussion would be continued early next day.

The second and last day started with the pre-agreed review of few of the most important conclusions drawn in the previous day. Clarifications were provided and minor adjustments were made, whilst it was agreed that few of the issues would be transferred to cross-workpackage virtual conferences, to be held very soon. The last session of the plenary meetings was dedicated to WP6 “Dissemination, exploitation and communication” to discuss on the follow up of the dissemination strategy developed, the enhancement of communication and a short accounting of the so-far accomplishments; a discussion was held on how to encourage a more active participation of all partners in the pertinent activities, during the second year of project. The first overview of the exploitation strategy was also provided and discussed.

The plenary meeting was closed, with a quick review of all accomplishments during the two days’ sessions and celebratory photos of the aggregation were taken. The appointed representatives of the partners continued to the planned project’s Third (3rd) Steering Committee Meeting, after a short break.

Go to Top
Cookies
To make this site work properly, we sometimes place small data files called cookies on your device. Most big websites do this too.
Accept